Leatherjacket larvae are exceedingly small, but they have caused big problems at Marine Gardens in recent weeks. An infestation has hit the entire green with two fifths covered with germination sheets. Sussex CCC and other bowls club have been similarly blighted, but we hope the whole green at Marine will have been restored within the next few weeks. Regular watering by a team of volunteer members has certainly helped; aided by flocks of starlings feasting on the larvae!

Sadly, the planned opening on 17 April was cancelled and the 2021 home season finally burst into life on Saturday 1st May with a ladies v gents match. Ongoing COVID restrictions mean only 24 players can be on the green at any time. Consequently, four lots of triples started at 10am followed by another four sets of triples at 2pm.

Prior to that the customary opening ceremony took place at 09:45am. Club President Jill Colbourn and Club Captain Michael Ives rolled the first bowls and announced the green open. It was reassuring to see this tradition renewed after being wiped out last year. 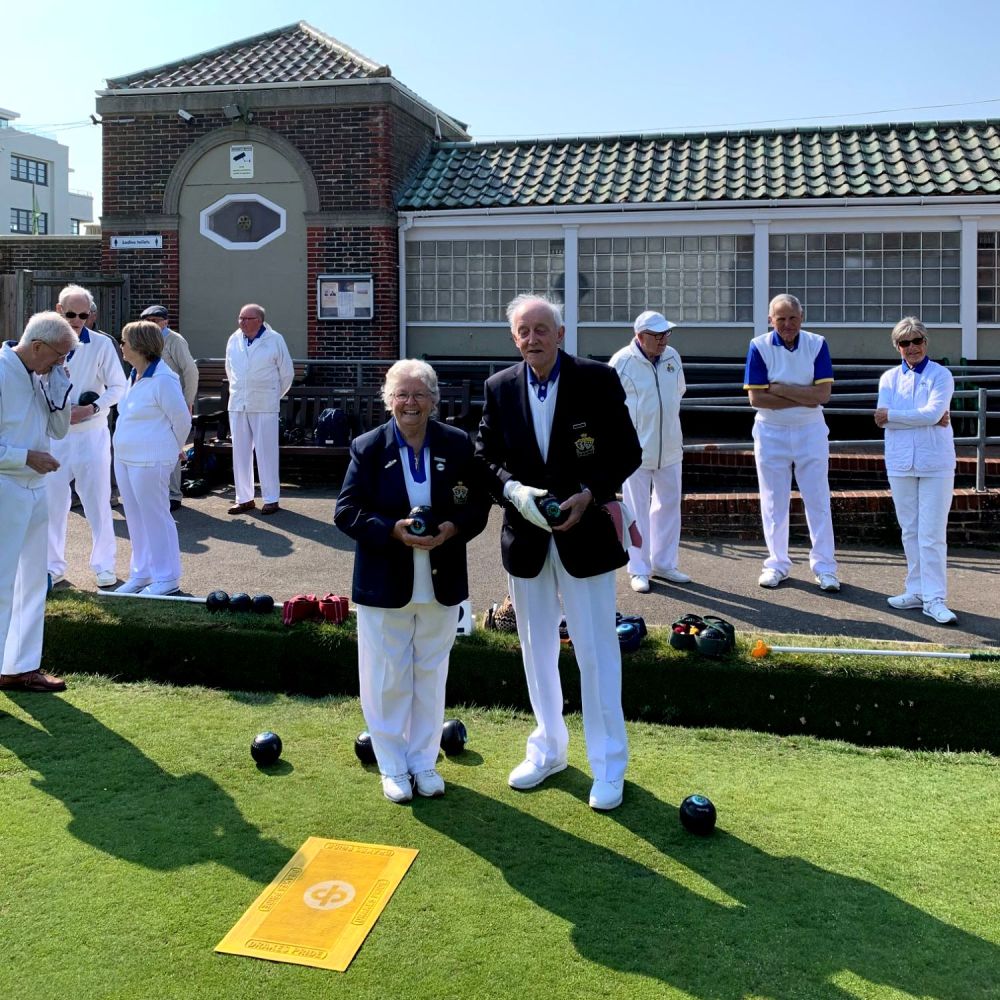 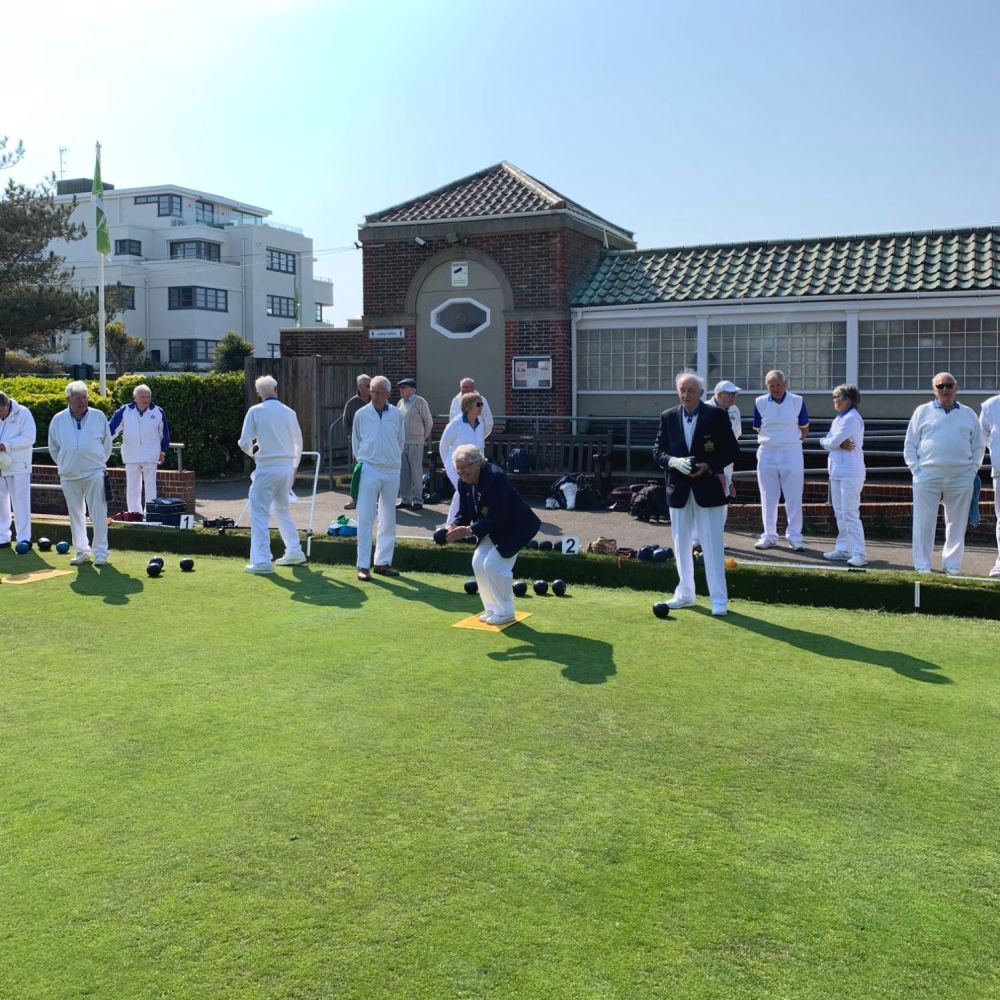 The dry weather had made for an unseasonably quick surface and some pleasingly accurate bowling ensued.

A final tally of the cards saw the gents just pip the ladies by 65 shots to 64. But regardless of who won it was simply excellent to see players back on the green.

Before the fun resumed at home the club was delighted to play three social games away at Goring Manor.  One match was played on Wednesday 28 April and two more in the morning and afternoon of Friday 30 April. Unsurprisingly, Manor exploited home conditions and were deserving winners in all three matches.

Due to ongoing COVID restrictions and the limited access allowed to clubhouses, the open days planned for Sunday 02 May and Sunday 16 May have been cancelled.