Noel Coward famously wrote that only “mad dogs and Englishmen go out in the mid-day sun.” He was two thirds right; omitting to mention bowlers!  Another week of splendid weather saw Marine Gardens completing three more friendly games of triples.  That first win is proving elusive as four matches in total have brought three defeats and a draw – but still lots of fun in the sun.

Monday 03/08 – away to Goring Manor. 2 rinks lost but a complete wipe-out was avoided by experienced skip Albert Leatham. Backed up by Terry Ashley and Dave Mugridge they were 12 -8 down after 11 ends, but gradually turned the tide to secure the narrowest of wins: by a single shot, 16 to 15.

Wednesday 05/08 and another away match, this time to our friends at Worthing Pavilion. A closely fought affair through-out ended with 2 losing rinks for the visitors. However, those defeats were only by tight margins; skips Ivan Godsmark and Dennis Martin losing by 5 shots and 4 shots, respectively. However, the third Marine rink; Terry Ashley, Leon White and skip Harry Smith carved out an excellent win by 9 shots having led all afternoon.

Friday 07/08 found Marine Gardens on the road for the third time in five days: westwards to Maltravers BC in Littlehampton. A friendly game ensued but the visitors could never quite overcome the home side’s familiarity with the conditions. Maltravers proving deserved winners by 53 shots to Marine’s 39. The best rink result was a tie for Matt Ryan, Harry Smith, and skip Ivan Godsmark.

In addition to the inter-club friendlies the internal comps have continued apace with many close games recorded. Arguably the stand-out was a men’s Championship Pairs match played on Saturday 08/08. Steve Davis and Bryan Hartley took on Clive Wootton and Mark Berriman. It was a scorching day but with a 10am start the players were hoping to avoid that “mid-day sun” which Coward sung about so wittily.

It was to prove a low scoring but entertaining affair, with single shots being exchanged on most ends. Coming into the 18th and final scheduled end Davis / Hartley led by 12 shots to 10. But Wootton / Berriman scored the 2 shots required to force an extra end. Again, skip Bryan Hartley drew a bowl right onto the jack, only to watch as Mark Berriman knocked it out for the winning shot.

19 ends, a winning score of just 13 shots to 12. And a match running time of three hours and fifteen minutes – well past Coward’s mid-day sun! 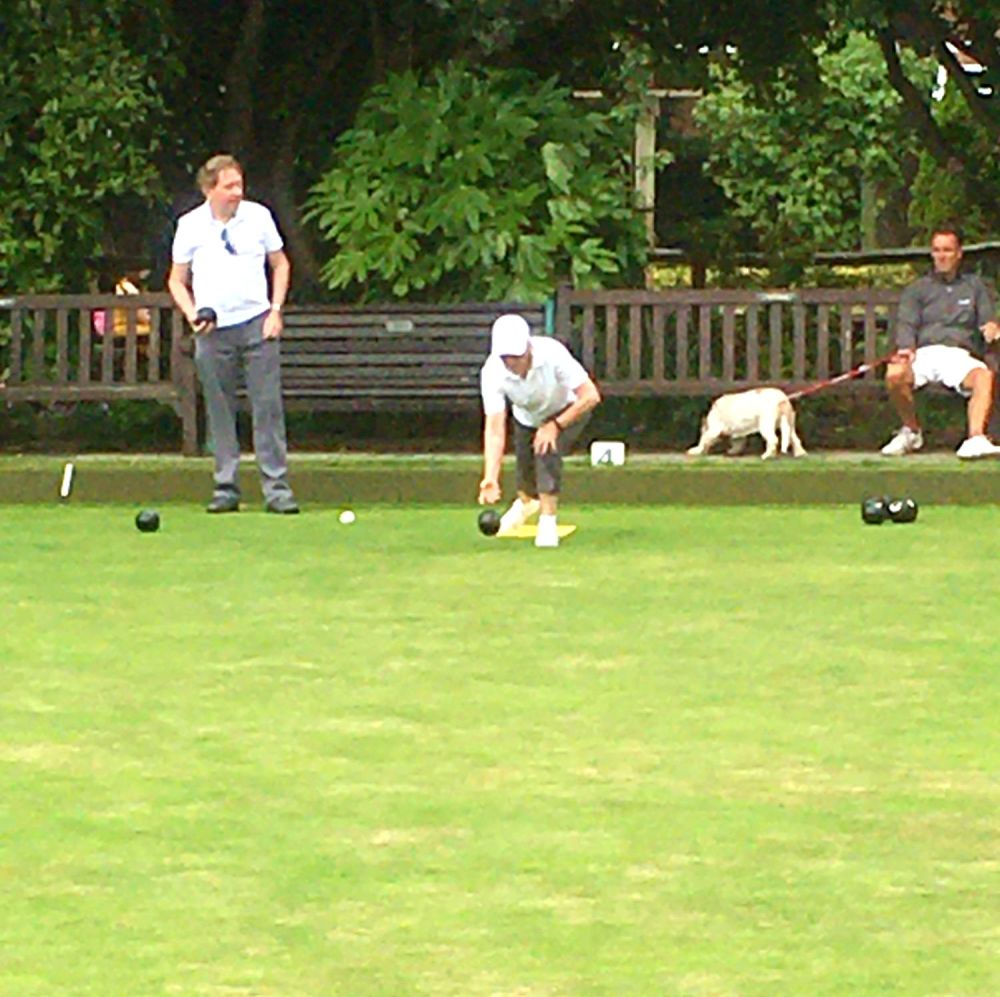 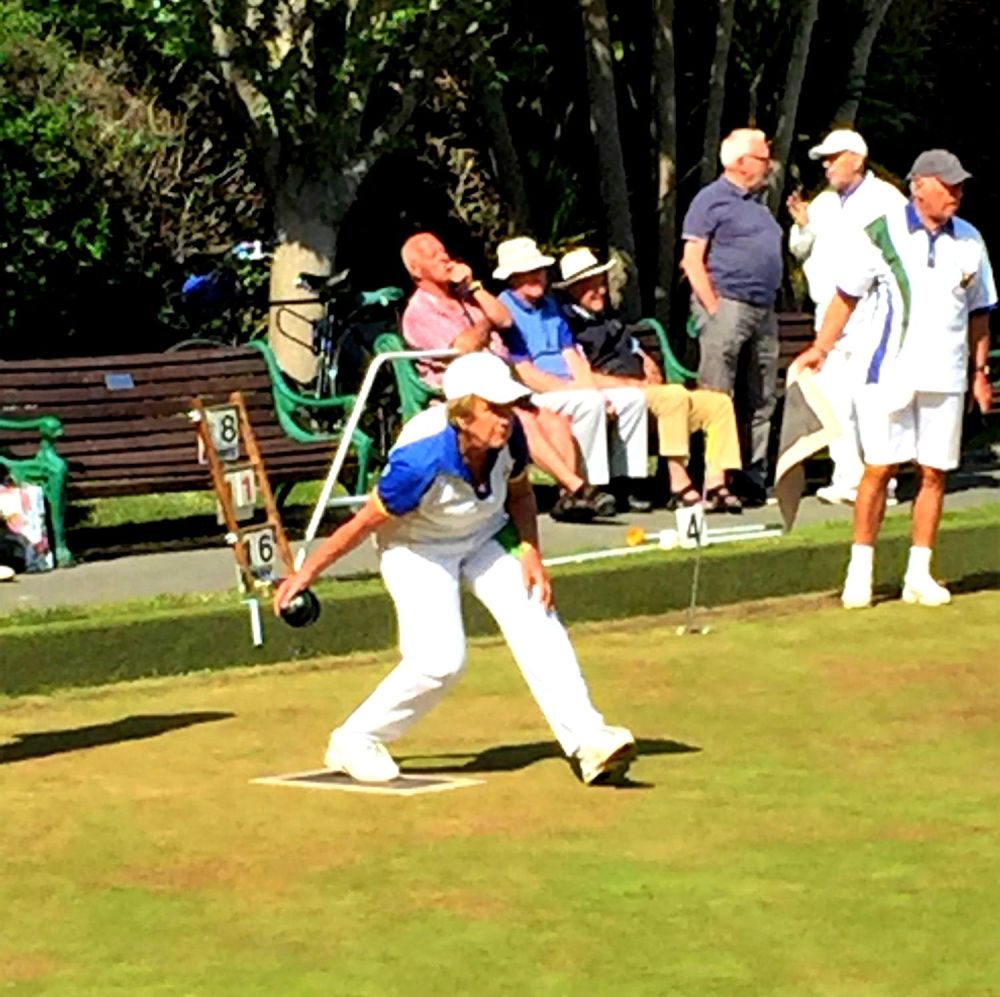