Another week slipped by and two more friendly matches ended in defeat for Marine. Thursday 20 August and the visitors were Goring Manor. The hosts continued their policy of giving opportunities to all who wanted to play, rather than picking the strongest side available.

A fair-minded strategy which over time will boost the experience of new bowlers. But in the short-term it can leave Marine a little exposed when confronted with more seasoned opposition. However, that takes nothing away from Goring Manor who thoroughly deserved their comfortable win by 20 shots: 61 to 41.

The closest tussle for the hosts was found on rink 6, where Gerry Perch and John Eilbeck provided sterling support to the ever-cheerful Dennis Martin. 12-6 down after 7 ends they fought back to 15-16 after 14 ends, only to drop 4 shots on the 15th end. Undeterred they promptly hit back with a 4 on the 16th end and then a 1 on the 17th and penultimate end; 20 all going into the 18th and last end.

Thanks to skip Dennis the hosts held a match-winning lie but could only acknowledge an excellent final bowl from Goring Manor skip Kevin which pinched the end and the result, 21 shots to 20.

Saturday 22/08 – Marine on the road to Beach House Park where the extra greens meant four sets of triples were played against a combined Worthing / Homefield Park side. On “A” green Paul Baker and wife Sandra made their debut for Marine Gardens and gave an excellent account of themselves. After 18 ends the much more experienced hosts had a deserved win, but only by a narrow 2 shot margin.

On the same green the Marine trio of Terry Ashley, Dave Mugridge and skip Bob Cole held their nerve for a 17 shot to 15 win, albeit 5 dropped shots on the last two ends would prove crucial to the overall result.

On D green the Marine team of Alan Patterson, Shaun Coppard and skip Harry Smith enjoyed a long-scoring battle with their hosts, being tied on 17 shots each after 17 ends. It was the visitors who emerged victorious; 18 shots to 17.

Finally, on rink D4 Mark Berriman, Paula Seymour and skip Leon White were involved in their own dogfight; tied on 17 shots apiece after 15 ends. But here the hosts ran out winners garnering 4 shots over the last 3 ends for a win by 21 shots to 17.

Another defeat for Marine, but only by 3 shots and all players enjoyed their afternoon at Beach House Park. The nationals and world championships are sadly long-gone, but still a lovely venue for bowls. 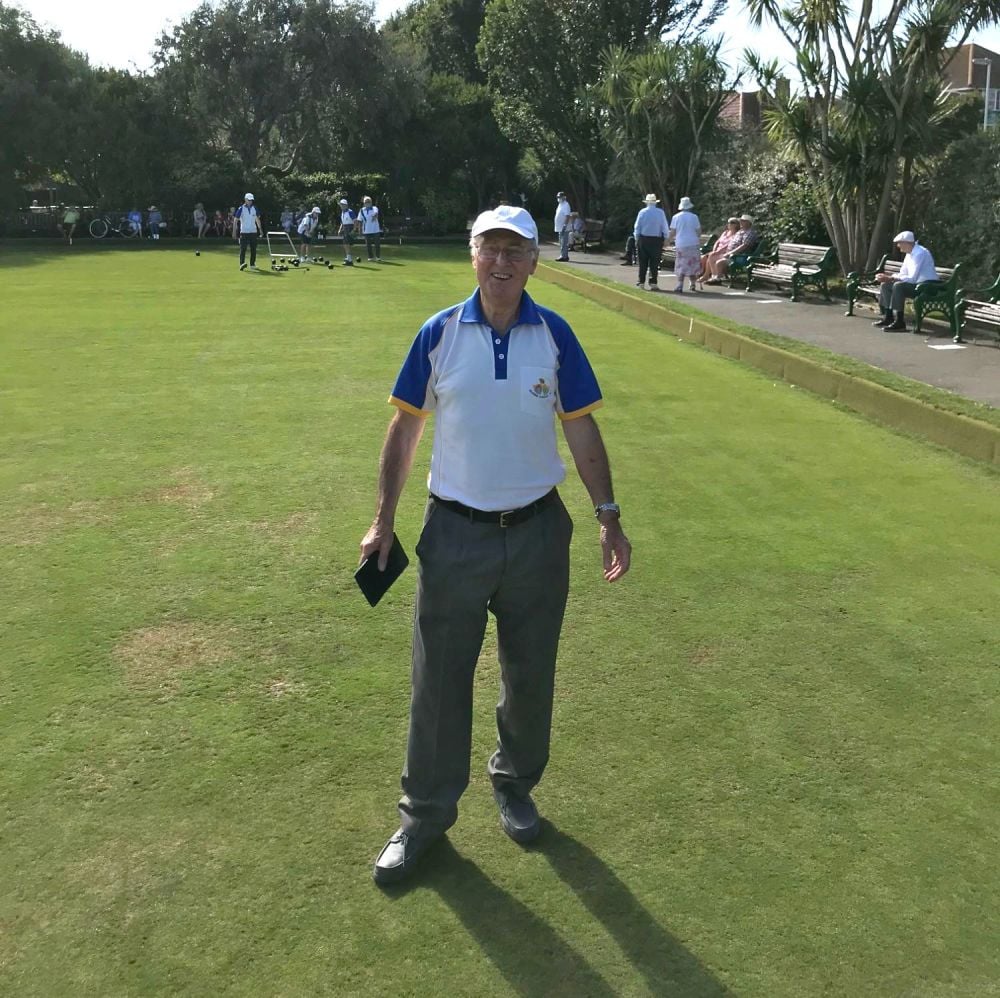