“Battle of the Ashes – sort of!

Wednesday 26 August and Marine made the journey to the attractive green at Henfield. A very friendly afternoon of bowls ensued, but as expected the hosts made the most of home knowledge and ran out winners by 54 shots to 44. Two rinks were defeated but at least the trio of Leon White, David Hughes and specialist skip Ivan Godsmark held out for a hard-won victory. Tied on 13 shots each after 16 ends, they held off the challenge of the hosts and finished with a deserved 16 shots to 13 win.

Saturday 29 August and Marine hosted three triples from Worthing / Homefield Park. A week earlier the same fixture away at Beach House Park had produced a very tight match, with the hosts only winning by 3 shots. Sadly, the game at Marine Gardens proved a rather one -sided affair with the visitors winning by a handsome 43 shots.  There were two bright spots for Marine Gardens. The trio of Mark Berriman, Paula Seymour & stalwart skip Harry Smith had a good win; by 16 shots to 14. And on rink 5 debutant June Chalkley put in a gradually improving performance against experienced and tough opposition. Although it should be noted that the visitors were a player short, so Marine Garden’s fixture secretary Bob Cole kindly stepped in to make up the trio.

He proceeded to have an excellent game, often undoing the good work of debut lead June, and was a key part in the visitors hammering the hosts by 34 shots to 5. But his club-mates will forgive him. Eventually!

Away from the inter-club matches the internal competitions have reached the semi-final stage. Sunday 30 August saw the battle of the Ashes – sort of! Club secretary Jenny Ashman was up against club coach Terry Ashley in the veteran singles. A low scoring but high-quality match ensued. Ashley often took his time to study the head and settle on his next shot; as he is entitled to do, but Ashman was also focused and showed a consistently deft touch with her draw bowling. In the end that accuracy paid dividends as Jenny emerged victorious by 18 shots to 12. 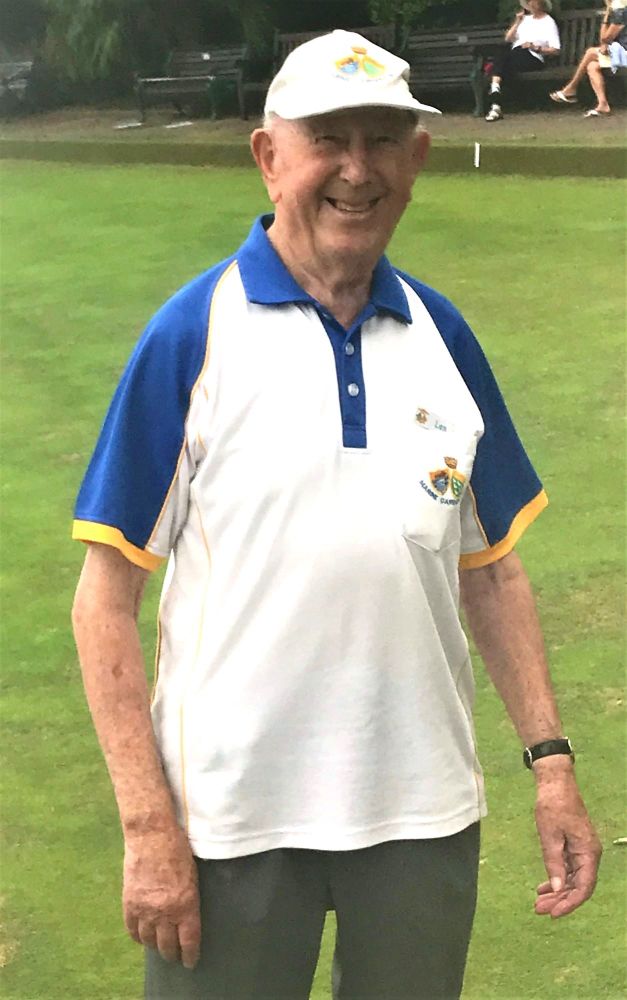