Marine Gardens played their first competitive match of the season and it was a tough assignment, away to Worthing Pavilion’s “A” team in the Brodie Tray. The game consisted of a pair, two triples and a four, but unfortunately Marine came off worst in all the formats.

Leon White and skip Jenny Ashman played the pairs game; ranged against Malcolm Gardiner and Simon Warr. After 8 ends they were only 2 shots adrift at 6 versus 8. Alas, the hosts went up a gear or two and won all ten of the remaining ends for an emphatic win by 26 shots to 6.

The first triple of Gerry Perch, Dave Mugridge and skip Michael Ives enjoyed a much closer game. 9 shots to nil down after 4 ends they rallied and became increasingly accustomed to the speedier Pavilion green. After 13 ends the tally was 12 shots apiece. The hosts did enough in the closing ends to secure a win by 18 shots to 12, but it was a performance of real heart from the visitors.

The second triple of George Tracey, Dennis Crossweller and skip Mike Hitchin also dug deep, but were always on the back foot against a strong Pavilion combo. The hosts won by 18 shots to 11.

Finally, the four of Laurie Bradley, David Smart, David Smith, and skip Harry Smith endured an afternoon of fluctuating fortunes. They were 7 shots to 2 down after 4 ends but hit back to be 11 shots to 9 up at the halfway mark. But once again the home side found that extra gear and scored consistently in the final ends to bag a win by 25 shots to 14.

Overall Marine lost on all four rinks and by a margin of 44 shots to 87.

Wednesday 12 May and Marine hosted Norfolk BC from Littlehampton. They also have a green very adjacent to the coast and so the sea air at Marine Gardens suited them nicely. It was a friendly of three triples. Noel Stevenson, Liz Baldwin and skip Jenny Ashman were good value for a win by 16 shots to 12.

However, Roy Mills, Tim Baldwin and veteran skip Ivan Godsmark ran into a strong trio and the visitors were deserving winners by 27 shots to 7. The final triple of Steve Davis, Norman Deegan MBE and Dennis Martin were for the most part, competitive and after 11 ends they led by 11 shots to 9. But it went sour on end 12 when the visitors scooped 7 shots; jumped into the lead and won all the remaining ends to secure a win by 26 shots to 11.

Friday 14 May and Marine were playing host again, this time to friends from neighbouring club Tarring Priory. A social game of three triples was played in excellent spirit as home advantage took the afternoon off. The visitors won by a comfortable margin on all three rinks and were deserving winners overall by 74 shots to 33. 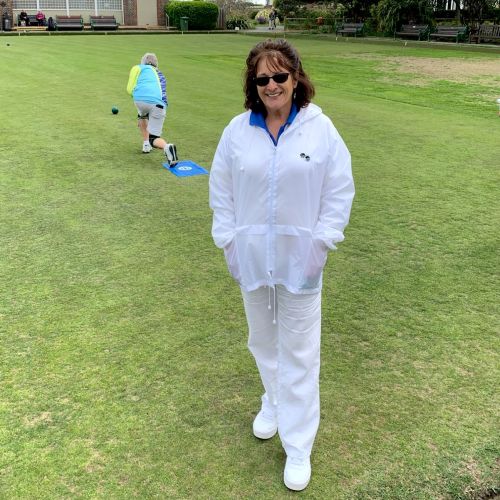 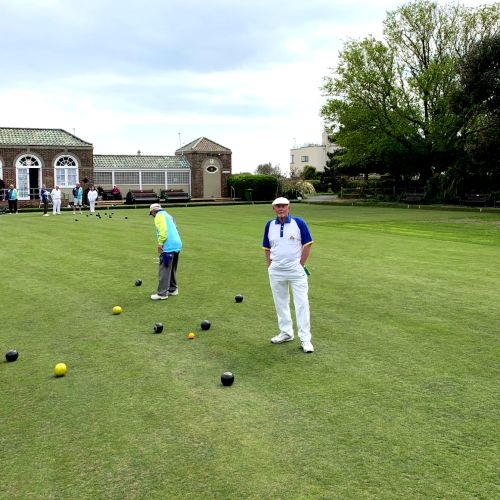 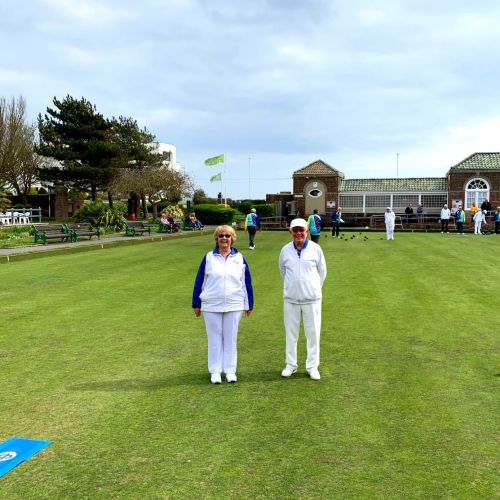