A bright start to another busy week of bowls, with Marine Gardens making the very short trip to Field Place for a Brodie Tray game against Goring Manor Spitfires. The visitors won on three of the four rinks and overall, by 64 shots to 60. Top rink was Pamela Chambers, David Smith, Dennis Crossweller & skip Bob Cole who were victorious by 22 shots to 13.

Wednesday 9 June and Marine took on Middleton BC in a County men’s competition; the Abergavenny double rink, one rink playing at home and the other away. Fair to say Marine do not normally progress far in this format, but everything clicked on this balmy evening. The away rink of Paul Baker, Bob Cole, Dave Mugridge & skip Ivan Godsmark won by 14 shots to 10.

At home, the quartet of Dave Holden, Albert Leatham, Terry Urben & skip Harry Smith were similarly determined, winning by 18 shots to 8. A date with one of East Preston, Chichester or Tarring Priory awaits on 23 June.

Thursday 10 June and Marine hosted Pulborough in a friendly game; three triples. A sunny & warm afternoon saw an unusual match in which the hosts lost on two rinks. However, the triple of Reg Perkins, Wendy Wilson & skip Ivan Godsmark won so handsomely; by 27 shots to 6, that the hosts still pinched victory overall by 52 shots to 43.

Friday 11 June and Marine entertained Crablands in a friendly match of three triples. The visitors snaffled a win on one rink, but the hosts enjoyed comfortable wins on the other two and a victory overall by 66 shots to 41. And although mixed friendlies are of course the norm, it was still good to see that; visitors and hosts combined, women made up half the players present.

Saturday 12 June and the week concluded with a home match; Brodie Tray again, but this time against Goring Manor Hurricanes.

The hosts had a single winning rink; the cheerful trio of Albie Marsella, Steve Davis & skip Jim Gray, who won by 24 shots to 12. The other three rinks battled hard, but the Hurricanes were not to be denied and they were good value for their overall win by 74 shots to 49. 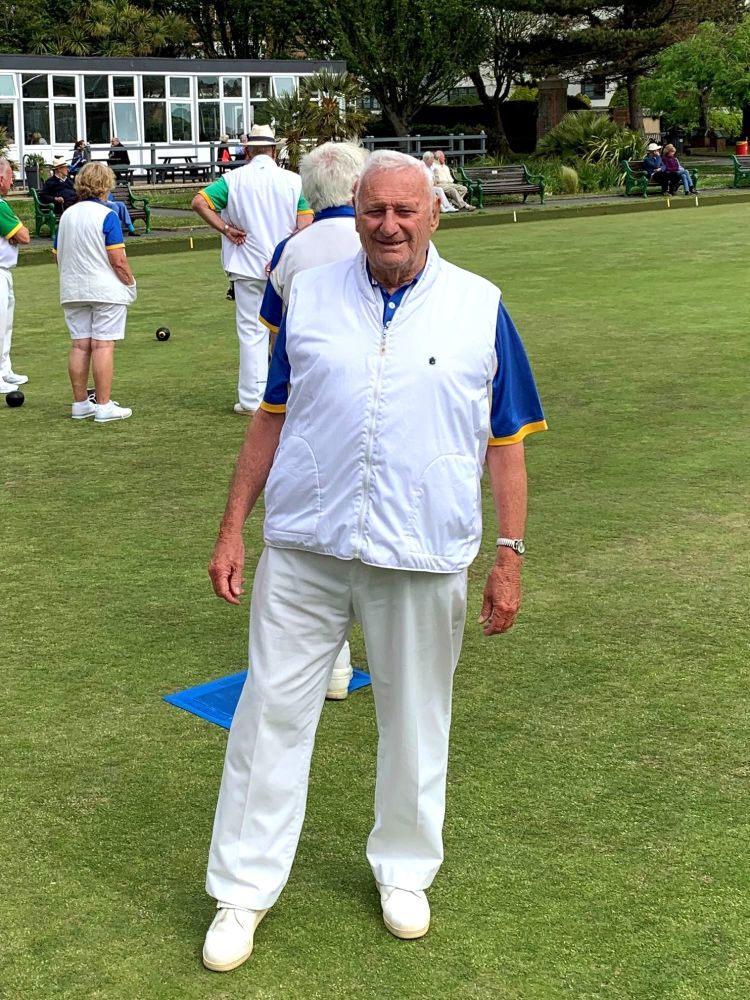