The Sun shone for Marine Gardens Bowling Clubs first rollup of the season. Fifty plus club members were in attendance for the event.

On a warm sunny and afternoon Marine Gardens were busy and members of the public were enjoying the bowling and fine weather .

The first woods bowled by the clubs President, Norman Deegan MBE ,and the club Captain, Albie Marsella, followed by a spider which  was won by Brian Fuller, and a  bottle of Famous Grouse Whisky  was his prize.

Due to number of members attending, some opted to play just half a game, giving others a chance to play. Then into the match, as first days go, members found getting the range difficult but as the afternoon progressed that was soon corrected.

After nine ends, some members needed a break, tea and Hot Cross Buns were served, a very welcome Easter touch. 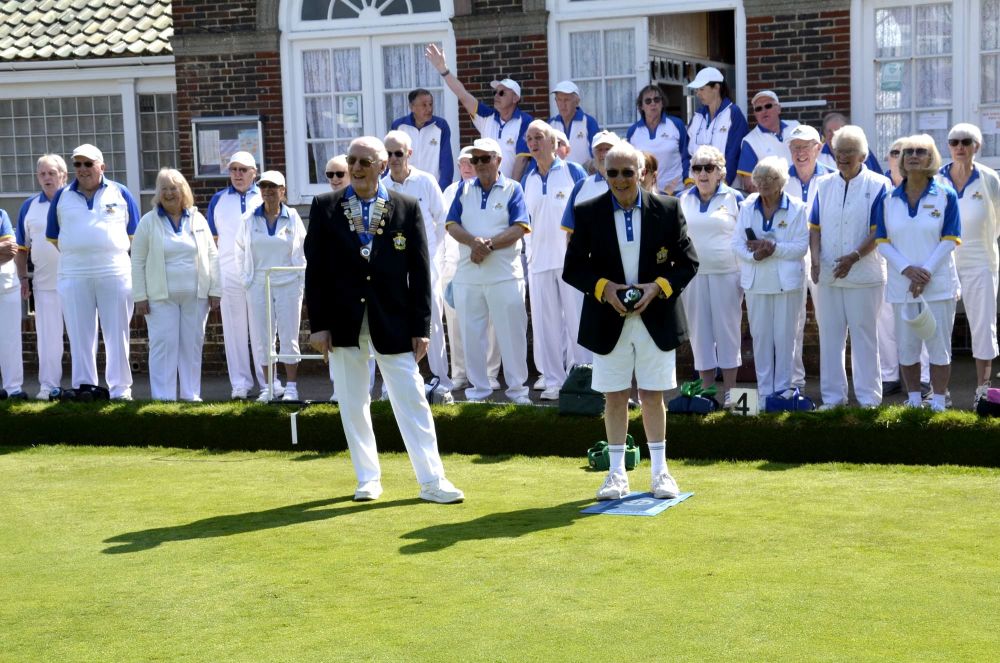