Marine Gardens Bowling Club played three friendly matches during the week against  Goring Manor, Steyning  and Shoreham, Marine had mixed  fortunes, losing two and winning one. But its early days in the bowling season, so never fear, Marine are here.

Wednesday, we played host to Goring Manor in a four-rink friendly, played on a bright but breezy day, tea at the halfway point was most welcome, Marine started well but Goring Manor won on three rinks to Marines one, shot difference Marine Gardens 62 Goring Manor 79.

Thursday, Marine Gardens hosted Steyning in a five-rink triples match, and again the visitors got the win, winning three rinks to one and one rink drawn.
Marine 71 Steyning 82, shot difference eleven.

Friday, Marine travelled to Shoreham for a four-rink friendly, a very tight game with great bowling from both teams, Marine coming out victorious by one shot.

Sunday rounded off the week with the first of our planned Open Days, we are pleased to say, we had a great response from people interested in bowling. Worthing has a long association with the game of bowls and has numerous clubs.

Bowling is not only for the elderly and retired, it is a fantastic sport for all. Marine Gardens Bowling Club has been in Worthing since 1930 and has a along and established history. Our next planned Open Day is 15th May and we look forward to welcoming people from the local community who are interested, to come along and give the game of bowls a try. 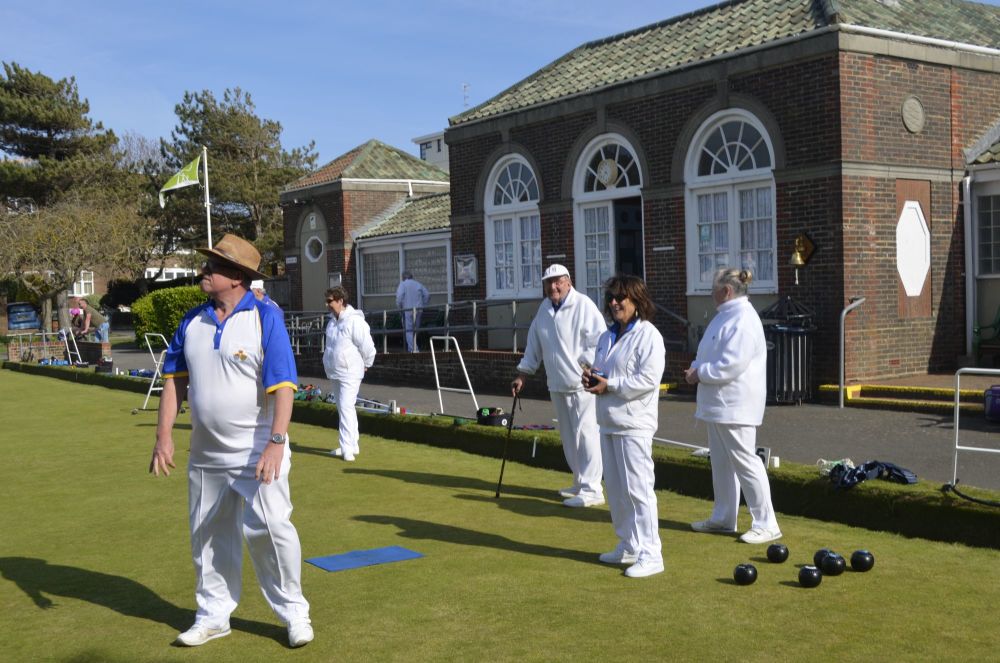 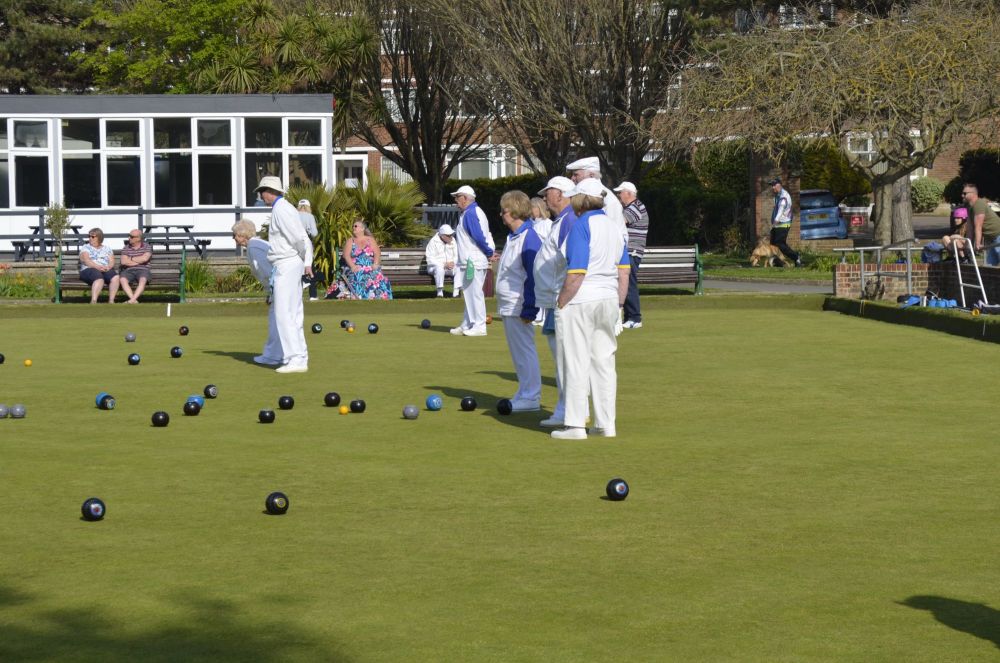 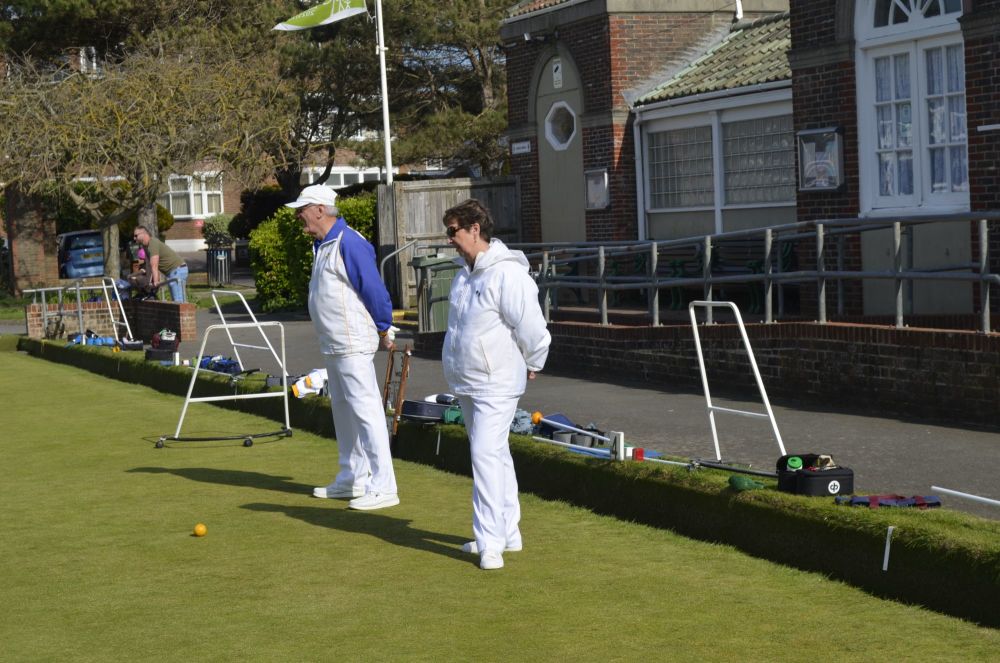 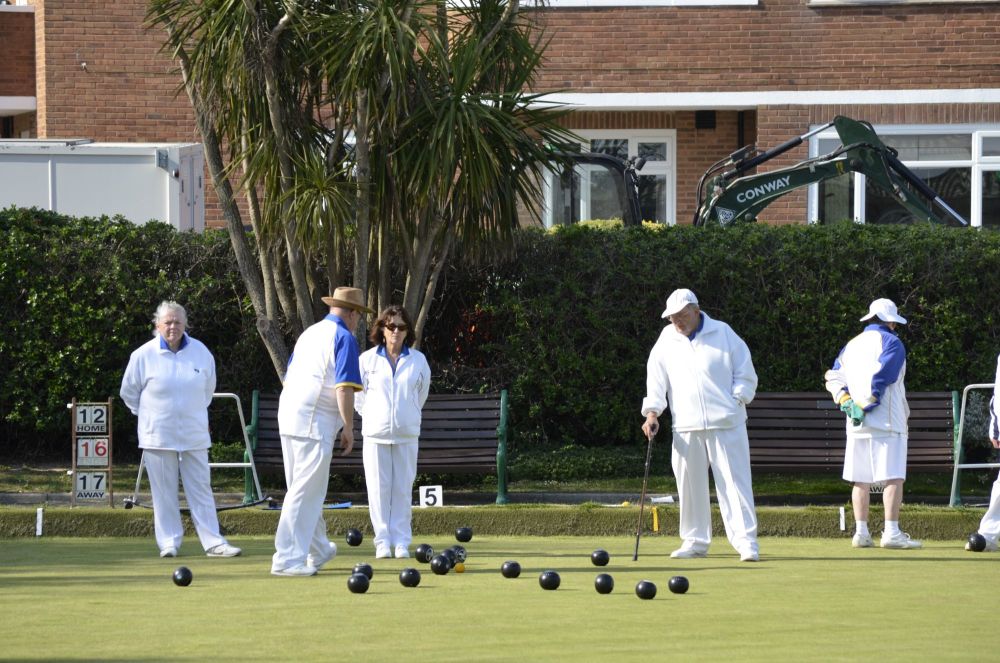 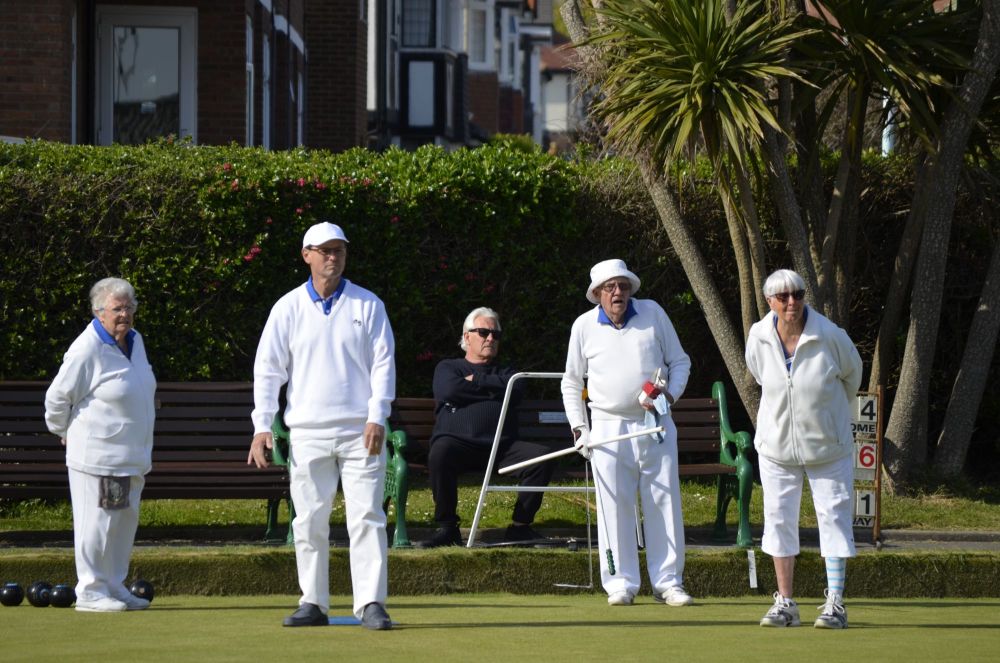